A Valve employee giving a demonstration of the Destinations/Importing Tool had a folder visible on his workstation that was called left4dead3. Rumors and speculations have swirled for months, if not years, about a third Left 4 Dead, but no news or information from Valve has ever been given.

The employee who was giving the demo was Tristan Reidford, a conceptual artist for Valve who has worked on other games including Portal, and the Left 4 Dead series, had uploaded a screenshot for his Destinations tutorial. Prior to uploading the screenshot, Tristan failed to notice he had a folder called ‘left4Dead3’ visible in his his most recently accessed folders list. The contents inside the folder are not known, but the fact that the folder existed got gamers excited when some fan noticed the folder. 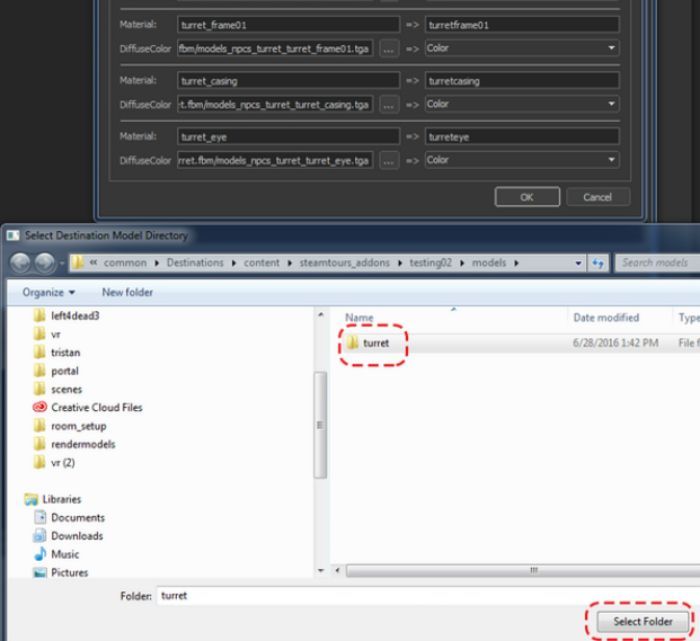 You can see the first folder in the list of folders on the left side of the screenshot. Interestingly enough, the above screenshot has been replaced with a newer one that doesn’t have the suspected folder.
No official statement has been given by Reidford or Valve, and don’t expect one. Left 4 Dead 3 release dates have been speculated since 2011. There are even fan made trailers that prove there is great interest for another game.

If Valve is working on Left 4 Dead 3 then they are doing a great job at keeping it quiet despite accidental employee slip ups. Valve has every reason to keep their development projects quiet after learning from the frenzy stirred up from Half-Life 2 leaks.