If you came here searching for the Left 4 Dead 3 release date then look no further, your answer is here. The simple truth is L4D3 has not even been announced, let alone a release date. Some time back some prankster created a fake "Gabe Newell" Twitter account claiming Valve was to start work on Left 4 Dead 3 shortly after L4D 2 was released. For those who don't know, Gabe Newell is the CEO of Valve, the makers of L4D.

When Left 4 Dead 2 was released a year after the first, there was an uproar by some fans because a sequel was announced not even a year after the first L4D was released. So you can imagine how angry some fans were when this Twitter impostor tweeted Valve was working to release L4D3 on November, 17th 2010, one year after L4D2 hit shelves. Some fans believed this announcement, which seemed believable at the time when your emotions get the best of you, and L4D3 boycott groups quickly sprung up on the Steam Community and around the web.

If you are looking for an answer to "When will Left 4 Dead 3 be released?", well, there is no answer because no date has been announced. When that announcement comes and when that release date is set, you WILL find your answer on this page. Bookmark this page. 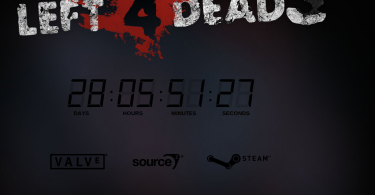 There has been a lot of news recently about a L4D3 website popping up that has a countdown to the...