The Screamer was a character developed during the early days of the first Left 4 Dead. The concept behind the screamer is a combination of both the Witch and Boomer we have now. The Screamer would roam various stages of a map and much like the Witch, when you come close to him you start to piss him off. Get too close and he starts running and screaming. His screams work similar to the Boomer in that hordes of zombies will come rushing at you. He needed to be killed for the hordes to stop coming.

The Screamer was cut from L4D because the developers thought it was too difficult for the Survivors.

Maybe it is time to see the Screamer come to life in L4D3?

(The Screamers picture courtesy of jpizzle6298) 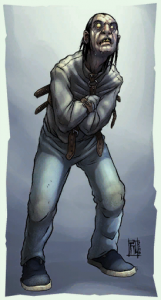