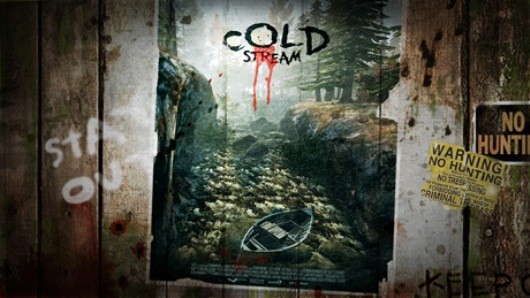 The Cold Stream beta, released on March 22, 2011 is finally out of beta and is now an official release. Cold Stream began as a mod and was picked up by Valve and added as an official campaign. This community created campaign throws you deep in the back woods to face thousands of zombies as you battle your way to a helicopter rescue. Don’t let the water or waves of zombies sweep you away to your death.

Cold Stream is unique in that every chapter ends with a gauntlet crescendo event leading to the safe room. Even the finale Cut-throat Creek is a gauntlet panic event through the entire chapter, similar to The Bridge in The Parish. The DLC features Mud Men from Swamp Fever and Riot Infected zombies from The Parish.

Currently, only PC players can play this new DLC for FREE. XBox 260 players will have to wait a week or two due to delays. A release schedule is still in the works with Microsoft, and the suggested price of this DLC will be 560MSP.

This marks the third DLC for Left 4 Dead 2 proving to Left 4 Dead fans that the zombie apocalypse is still alive and well.

Leave a Reply to Nick X